The Archaeology Days event across Europe:

Since 2010, the French Ministry of Culture has been entrusting the National Institute for Preventive Archaeological Research (INRAP) with the co-ordination and promotion of National Archaeology Days (JNA).


During these Archaeology Days, all those involved in archaeology are mobilized to introduce the public to the treasures of their national heritage and the secrets of the profession. Archaeological excavation operators, research organizations, universities, museums and archaeological sites, laboratories, associations, archives and local authorities are all encouraged to organize innovative, original and interactive activities for the public.


The JNA expanded to Europe in 2019. For the first time, seventeen countries participated.

In light of the COVID-19 epidemic , the 11th edition of the European Archaeology Days (EAD) did not take place in its traditional form. Nevertheless, to celebrate archaeology with all publics, Inrap launched, under the aegis of the Ministry of Culture, the event #Archeorama. In addition to events with the public when the health situation permitted, the #archeorama event opened up the possibility of creating digital events and enhancing online resources: live meetings of archaeologists on social networks, publication of new videos, live lectures, virtual tours of exhibitions, 3D modelling of archaeological objects and sites, etc.

With nearly 1000 initiatives, both on-site and exclusively digital, these EAD 2020 and #Archeorama have been a great success! In total, we count more than 180,000 visits to the website journées-archéologie.fr, with 15,000 unique visits during the three days of the event.

The opening of the event to Europe continued, with 28 countries participating in this 2020 edition and nearly 500 different European organisers.

You must accept vidéo cookies to be able to use this service. Click here to change your settings

Video: an introduction to ceramology workshop for schoolchildren; children dig up ceramic shards that need to be reassembled in order to discover an object.

Created by the 2001 Act on Preventive Archaeology, the National Institute for Preventive Archaeological Research is a French public establishment under the authority of the Ministries of Culture and Research. Its 2,200 agents, spread across eight regional and interregional departments, 42 research centres and a head office in Paris, make it the largest European archaeological research operator.

It identifies and examines archaeological heritage prior to land development. It is empowered across the territory, for all periods, from prehistory to the present day. It conducts its work in all types of contexts: urban, rural, subaquatic and subsea, motorway and rail routes, electricity or gas grids.

As a national research institute, it carries out around 1,800 archaeological surveys and 200 excavations each year, on behalf of private and public developers in mainland France and its overseas territories.

Upon conclusion of the projects, INRAP analyses and interprets the excavation data and makes it available to the scientific community. The leading producer of archaeological data and publications in France and Europe, the Institute makes a decisive contribution to the development of archaeological and historical knowledge as well as to the major issues of our times: migration, climate, environment, health, knowledge of territories, economy, etc.

Its remit also includes the dissemination of archaeological knowledge to the widest possible audience. In this capacity, it organises numerous outreach operations, most often in collaboration with developers: site tours, exhibitions, publications, audio-visual content, and conferences. Every year on the third weekend of June, across the national territory and in the Member Countries of the Council of Europe, it organises the European Archaeology Days under the aegis of the Ministry of Culture in partnership with public cultural and scientific institutions and local authorities.

The European Archaeology Days (JEA) encourage public authorities and archaeology stakeholders to promote archaeological heritage. They are based on a digital platform, journees-archeologie.fr, bringing to the attention of the public the multiplicity and diversity of heritage and initiatives relating to archaeology in Europe. They facilitate the creation of a network of archaeology stakeholders in all member countries of the Council of Europe.

The main objectives of the JEA are to:

To this end, the JEA take place every year on the third weekend of June in all member countries of the Council of Europe. 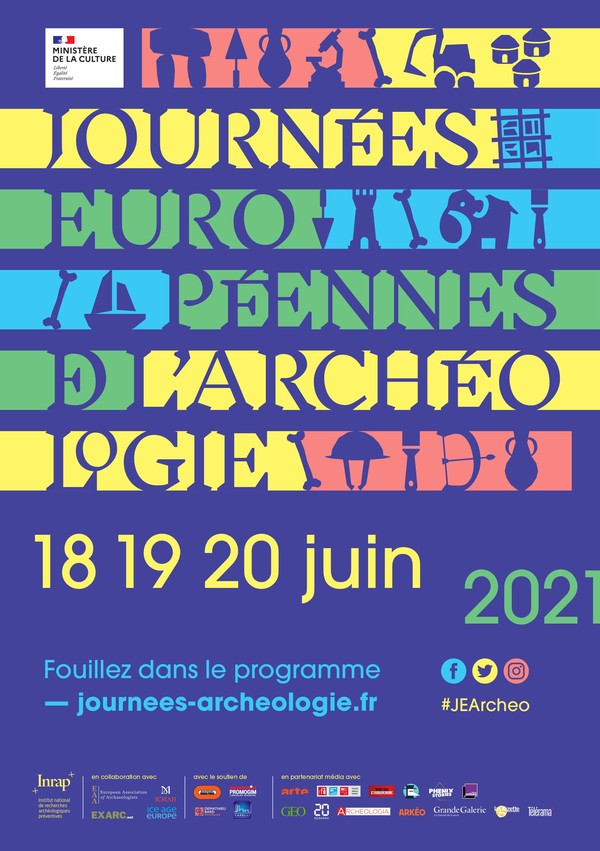 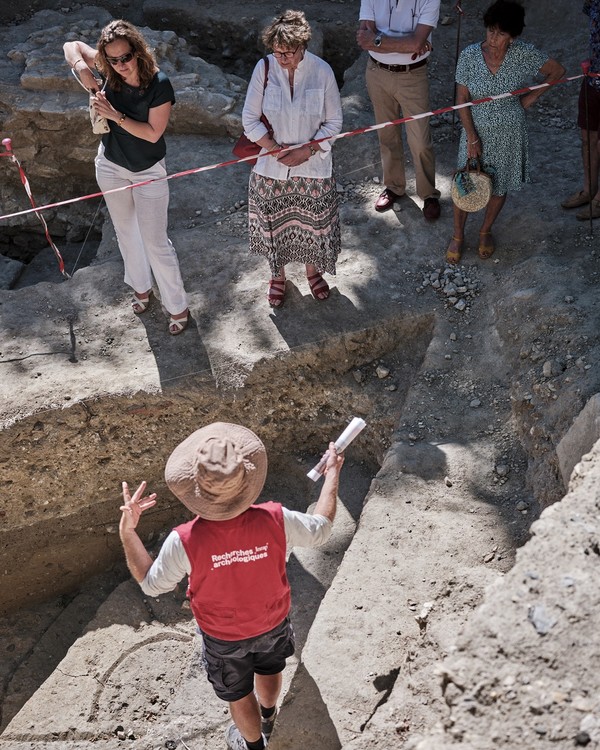 Copyright: the texts are available under a Creative Commons license - Attribution NonCommercial - No Derivatives 4.0 International.

Discover activities near you